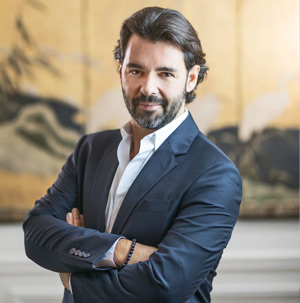 Chairman of the Board
Owner of Le Byblos & Les Caves du Roy.

To associate the abduction of the lovely nymph Europa by Zeus with the Byblos really makes a lot of sense since both of them have the status of a myth.

A timeless hotel, the Byblos has lived through decades without ever giving in to trends and will remain a temple for all the pleasures.

A magical enclave at the heart of Saint-Tropez, at the same time sparkling and relaxing, secret and select, chic and low-key, it seems to me that the leading figures of the world have come at least once to the Byblos and to the Caves du Roy. 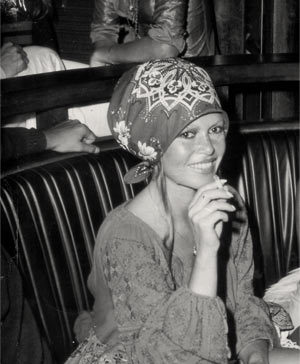 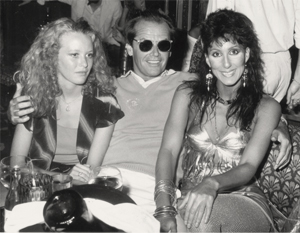 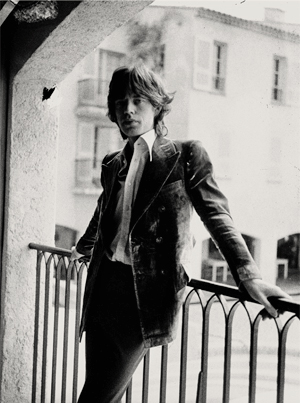 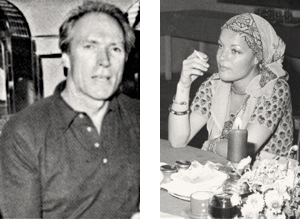 1960
Byblos, in the northern part of Beirut, two men are talking on the terrace of a restaurant. One of them, Jean-Prosper Gay-Para, admits his infatuation for Brigitte Bardot and his desire to build « a palace worthy of the Thousand and One Nights, unique in its kind, from one side of the Mediterranean to the other. »

MAY 1965
the construction of a myth begins…

27 MAY 1967
Launch of the Byblos inauguration – three days of festivities gathering more than 700 guests, personalities from the world of politics, literature and the arts graced by two exceptional godmothers: Mireille Darc and Brigitte Bardot…

29 SEPTEMBER 1967
With the Israeli-Arab conflict, Jean-Prosper Gay-Para decides to return to Beirut and to part with the Byblos. It’s a brilliant businessman that followed suit, Sylvain Floirat… Thus began the other story, the one of the Floirat family and its heirs.

1967 – 1971
the Byblos becomes the second home of Eddy Barclay, Michel Polnareff and many other artists and stars of this world…

1971
Mick Jagger and top model Bianca Perez are married in Saint-Tropez and spend their honeymoon in one of the Byblos suites, revealing the establishment to the entire world.

2001
Antoine Chevanne, great-grandson of Sylvain Floirat, takes on the ownership of the Byblos and becomes chief executive officer of Groupe Floirat, pursuing with talent this amazing family history. The same year, Spoon at Byblos by Alain Ducasse opens its doors.

2009
The Byblos receives its fifth star

17 APRIL 2013
Spoon is replaced by the new concept of Alain Ducasse: Rivea at Byblos

MAY 2017
The Byblos celebrates its 50th anniversary.

APRIL 2019
Opening of the Cucina restaurant and the Byblos Beach club on Pampelonne bay.

Le Byblos respects your right to privacy. We use cookies to give you the best experience on our site.

You can find out more about which cookies we are using or switch them off in settings.

This website uses cookies so that we can provide you with the best user experience possible. Cookie information is stored in your browser and performs functions such as recognising you when you return to our website and helping our team to understand which sections of the website you find most interesting and useful.

Strictly Necessary Cookie should be enabled at all times so that we can save your preferences for cookie settings.

If you disable this cookie, we will not be able to save your preferences. This means that every time you visit this website you will need to enable or disable cookies again.

This site uses Google Analytics to collect anonymous information such as the number of site visitors and the most popular pages.